Looking for a Roswell Plumber? Thompson Plumbing is a plumbing company that provides outstanding plumbing services to both residential and commercial customers in Roswell, Georgia. We are a team of expertly trained and licensed plumbers that are always ready to take care of your plumbing needs. 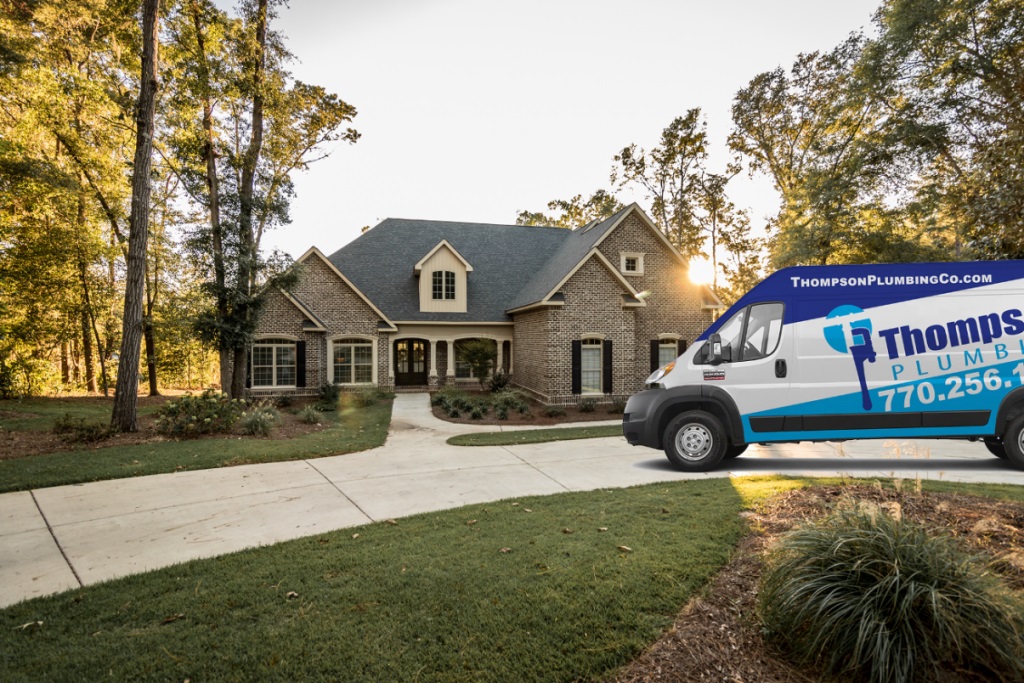 No matter what your plumbing issues are, you can rely on Thompson Plumbing experts to provide outstanding Roswell plumbing services. Call us today at 770-256-1324 to get started! or click the “contact” button below to request a free estimate.

Thompson Plumbing is a locally owned and operated plumbing business that remains committed to providing outstanding, dependable, and affordable plumbing services to customers. Our main goal is to build customers for life by delivering the best quality plumbing services they can rely on.

At Thompson Plumbing, each one of our plumbers has been expertly trained and has the experience to handle any plumbing issues you have. No matter the size of your repair, we have the right tools and team to handle it and deliver top-quality plumbing services in a timely manner.

Do you need a gas line installation or repair services in Roswell, GA? Thompson Plumbing is the right choice for your gas line piping needs. We handle complete commercial and residential gas line installation and gas line repair from start to finish. All you have to do is to give us a quick call at 770-256-1324 and our qualified technicians will be there to assist you.

Whether your business is a mom-and-pop shop or you run a more substantial establishment, Thompson Plumbing specializes in delivering a variety of plumbing services for commercial clients in Roswell, GA. We have the experience and equipment to handle all of your plumbing and drainage needs regardless of the size of the project.

When you are seeking help for water heater installation in Roswell, GA, it is important that you take assistance from a reliable and trustworthy plumber as an inefficient installation will only increase the cost of repairs and maintenance on you. Give Thompson Plumbing a call today at 770-256-1324 and receive expert assistance from a specialist in water heater repair in Roswell, GA today.

Working with a skilled technician who understands how sewer drains work and knows the best possible solution to make any sewer drain clog problem disappear is the best way to handle your sewer backup problems. Also note that a sewer backup can lead to disease, damage to your house or business, destruction of your valuables, and can even result in electrical malfunctions. Prompt cleanup is paramount when experiencing such an issue and the competent plumbers at Thompson Plumbing can assist to fix that quickly.

A home repiping project requires more extensive work than unclogging a toilet or replacing a single pipe. This is a major home project that if done wrong will cost more money to fix. At Thompson Plumbing, we work closely with our clients in every home repiping job we do, making sure that every step of their repiping project is completed, thereby ensuring a long, lasting repiping job.

Roswell is a city in northern Fulton County, Georgia, United States. At the official 2010 census, the city had a population of 88,346. The 2019 estimated population was 94,763, making Roswell the state’s ninth largest city. A close suburb of Atlanta, Roswell has an affluent historic district.

Contact us today at 770-256-1324 to schedule your next plumbing job with Thompson Plumbing. We provide high-quality, dependable, and affordable plumbing services in Roswell, GA. Expect upfront pricing, with quality workmanship from us!

How Can We Help You?

Fill out the information below to get in contact with our office!

These guys were on time, professional, and did great work that came in at a price consistent with the estimate that they provided. We were very pleased and would definitely use them again.
Brice Wood
Very Professional, two guys arrived to install our New Hot water heater, they went right to work and installed very quickly and neatly. Thank You Thompson Plumbing.
Annemarie Johns
Thompson Plumbing did a great job. They were on time and professional and fixed the problem. Would definitely recommend them.
Danny Dittmer
The two plumbers who came out to pump our septic tank were courteous and professional all the way through the job. Excellent work. We will use Thompson again.
David Arrington
Thompson plumbing are professional and true experts
Diana Ruslin
Great company with very experienced employees. I call Thompson Plumbing for all my plumbing needs
Dean Gipson
They came on short notice and fixed our water leak quickly. Highly recommend
Diane Anderson
Best in the business I Called them out on a Saturday and someone was here within the hour. THANK YOU
Jeffersons C.
Previous
Next
Read More Reviews

What to Expect When You Call

At Thompson Plumbing, we take great pride in providing high quality service that exceeds customers expectations of what the average service plumbing company has to offer. Our expertly trained and licensed plumbers are always ready to assist you. If you have any questions or we can assist you in any way, please give us a call at 770-256-1324

Our prices are always upfront with no hidden fees. This helps our customers to know the cost of their service and plan accordingly before starting a project to avoid any surprises.

Thompson Plumbing delivers reliable, trustworthy Roswell plumbing services. We want to serve our community and are committed to providing professional and dependable service at a fair price.

At Thompson Plumbing, we appreciate great value just like you do and our expertly trained plumbers take great pride in providing high quality service that will exceed your expectations.